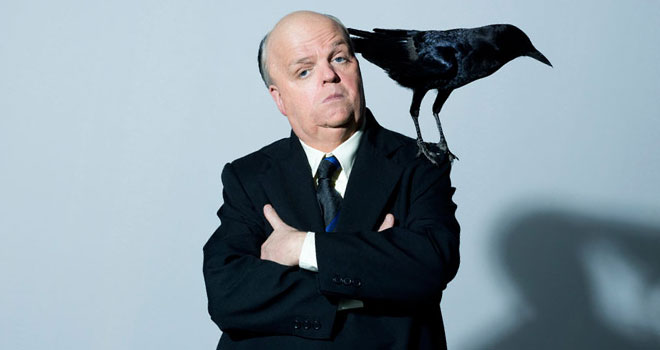 Alfred Hitchcock has been a loved figure of cinematography in my household, we've seen just about everything the man made in his amazing career. When HBO announced "The Girl", the story of Hitchcock's creating of The Birds and Marnie we were thrilled but as with all documentary films one wonders, "if they show us something we don't like, will it affect our view of the person in question"? HBO really held back nothing when it came to this project, The Girl produced many a cringe worthy moment not just from the filming process of these films but as well in the behaviors of a senior Hitchcock. From his infatuation to his all or nothing style of shooting scenes nothing is held back, one unfortunate aspect of this film is that most of the informational background for it was provided by the actress portrayed. This leaves much to the question, how much of this is actual fact? Combing the internet it seems most of it is fake, and the other parts are just the cries of an actress who never again found a level of sucess remotely close to what she experienced under Hitchcock's guidance. Anyone who has been a fan of the director knows full well the dark side that accompanies such level of genius, especially in a man whose rise to fame circled around capitalizing on the most horrific of human experiences. The Girl does an excellent job in showcasing this aspect albeit a bit over the top. Perhaps giving more background into Hitchcock at this stage of his career would've done this film a bit more justice, perhaps it would've given us an impression of the actual relationship he had with Grace Kelly which is mentioned several times in the film in a tone that hints at some massive fall out between the director and the legendary actress. All in all "The Girl" is almost like a car accident which one just can't avoid rubber necking to catch every single little detail. In many ways a tragedy and in many ways breathtaking. For any Hitchcock fan I recommend you at least give it a shot.