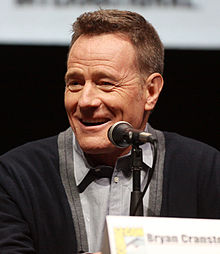 I will say this if Breaking Bad was on any of the major networks 5.9 million viewers for it's final half debut would've been likely ten times more but 5.9 million on their network is nothing to sneeze at. The final half of the show which finally debuted was expected to be a number masher. The debut is 102% higher than that of last year which is a whopping increase considering the show is entering it's last run. Expect a spinoff or two to spawn from this show, I doubt the network is ready to do away with the Breaking Bad audience. Currently Breaking Bad only sits behind The Walking Dead in terms of pure numbers on premium cable within a demographic of 18 to 49 years of age which just goes to show that the show few believed in has become a behemoth in it's on right. Bryan Cranston and company have been making the media rounds the past month and a half, they've expressed that fans are in for one wacky ending to the show which has sent the internet into a guessing game frenzy. Earlier this year a script was stolen out of Cranston's vehicle but never managed to show up anywhere on the internet which is a first. As you can well imagine hardcore fans of the show would love to get any sort of glimpse towards what direction they plan to take Walt over these last few episodes.