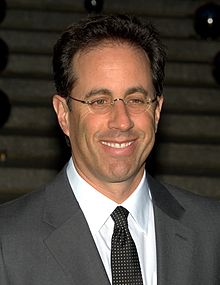 Remember that time Jerry bought a handgun on Seinfeld? Of course you don't, it never happened, but it almost did. Jerry Seinfeld did a Reddit Ask Me Anything (Ama) and revealed some behind-the-scenes tidbits about Seinfeld and teased an upcoming project with Seinfeld co-creator Larry David. Brace yourselves, Seinfeld nostalgia ahead! When asked about plots that didn't make the show, Seinfeld revealed there was a script that saw Jerry buying a handgun. "And we started making it and stopped in the middle and said, 'This doesn't work,'" Seinfeld wrote. "We did the read-through and then cancelled it. A lot of other stuff happened, but trying to make that funny ended up being no fun." No »