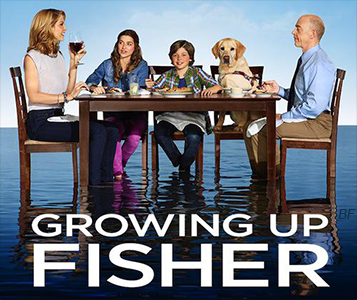 Tweaked from the pilot NBC bought, "Growing up Fisher" bears all the hallmarks of a show the network has sought to “fix” on the fly, with the attendant baggage that entails. Anchored by the ever-reliable J.K. Simmons as a blind dad as seen through the eyes of his young son, it’s a show that labors to locate heart and laughs, despite the “Dad won’t let his impairment stop him” underpinnings. Although there’s an opening note saying the series is inspired by a true story — specifically, the life of series creator DJ Nash — there’s not much creative inspiration to be found.

Originally titled “The Family Guide,” beyond its premise the show resembles ABC’s frosh comedy “The Goldbergs” by having an adult narration (by exec producer Jason Bateman) that here feels slightly off given the contemporary setting. The show’s ostensible focus is Henry (Eli Baker), the »