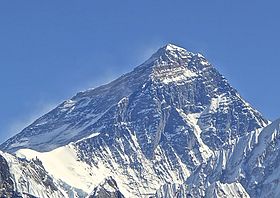 Exclusive: While the second unit crew shooting Everest were in the vicinity when a tragic avalanche struck Mount Everest and so far has killed 13, there were no injuries or fatalities on the film, I can report. Principal photography on the Baltasar Kormakur-directed film is nearly over and they are finishing in Pinewood in England, but the second unit was setting up to go and shoot at Base 2 on Mount Everest near Nepal. Fortunately for the crew, they were acclimating at the foot of the summit and weren’t up where the disaster took place, when a wall of ice 1,000 feet up fell off at the left shoulder of the mountain and crashed down on Base 2. Most of the fatalities were experienced sherpas that guide climbers to the summit. Several of the sherpas involved with the Everest production rushed to help. The production will now have to wait to assess whether »