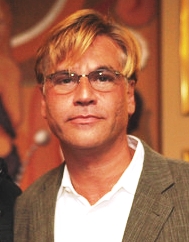 Aaron Sorkin didn’t know how “The Newsroom” would end when he began writing the final season "For most of the time, I didn’t know how the show was going to end,” he says. "I would have small images of what I wanted to see. But the closer I got to the end of the season in terms of writing, the more I was able to see the end of the season finale. Once we got there, it happened more easily than I thought it was going to.” “Godzilla” movie has a “Breaking Bad” easter egg For a split second in the opening credits, you can see Walter White’s name. Plus: Retired 84-year-olds take a “Breaking Bad” tour. “Glee” bringing back NeNe Leakes for the final season Coach Roz Washington will return to McKinley High. Click Read Full Post For More Nat Faxon goes from "Married" to “Marry Me »