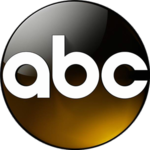 It's going to be an interesting next few years for fans of Anne Rice and, specifically, her most famous creation, the Vampire Lestat. I still remember the furor around the first attempt to adapt the character to the bigscreen, with Rice basically freaking out over the casting of Lestat. Neil Jordan's "Interview With The Vampire" is a beautiful movie, perverse and strange and gorgeously made, and I'd argue it's about as good a film as anyone's ever going to make from that source material. Right now, though, studios are desperate for properties that allow them to plot big multi-movie franchise arcs, and considering Rice is getting ready to, at long last, publish a 14th book in the series, "The Vampire Chronicles" looks like exactly the sort of investment Universal should be making. After all, they're one of the few studios that doesn't have a Marvel property they're planning to exploit to death… »