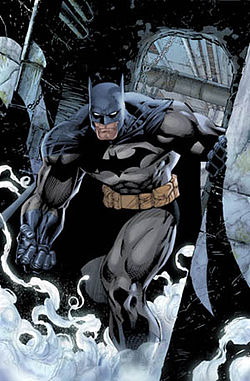 Fans who showed up for Preview Night at San Diego Comic-Con got the chance to see the cape and cowl that Ben Affleck will wear as Batman in the upcoming film “Batman v Superman: Dawn of Justice.” DC Entertainment had the suit displayed on the floor, allowing fans to get up close and personal with the movie costume. Also read: ‘Gotham’ Creator on Why Batman Would Spell the End of the Show While the body of the suit was missing, fans were still able to see how the face of the cowl was structured, which goes a long way to show how. »