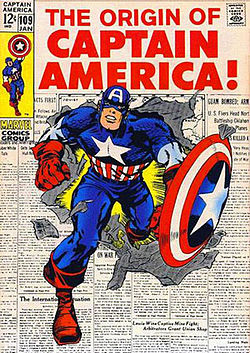 The mystery has been solved -- the untitled Marvel Studios tentpole that Warner Bros.' Batman-Superman movie will go up against on May 6, 2016, is Captain America 3, sources tell The Hollywood Reporter. That's the plan, anyway, creating the biggest superhero box office showdown in history (Marvel Studios and parent company Disney staked out the date first). Shooting schedules and post-production could always impact the current blueprint, however. Also, Marvel and Disney have a second untitled movie set to open that summer on July 8, so there is wiggle room. Marvel films have all but owned the first weekend

Captain America 3 to go head to head with Batman-Superman