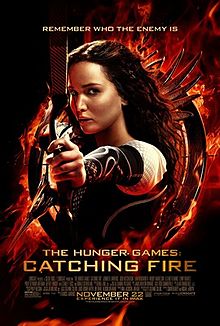 For a night, at least, “The Hunger Games: Catching Fire,” “The Hobbit: Desolation of Smaug” and “This is the End” got to be awards show darlings. Commercial hits, particularly those geared at audiences too young to legally drive or drink, were the big winners at Sunday's MTV Movie Awards. Let “12 Years a Slave” savor its Best Picture Oscar and “American Hustle” monopolize those critics best lists, “The Hunger Games: Catching Fire” was the big winner at this year's honors. The blockbuster sequel nabbed three major awards, scoring Golden Popcorns for Best Movie as well as Best Female and Male Performances. »