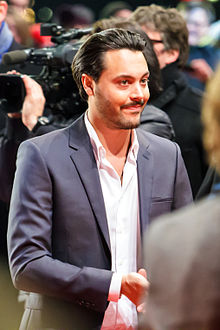 Jack Huston has been tapped to fill Charlton Heston's sandals.  The Boardwalk Empire actor is in talks to star in Paramount and MGM's Ben-Hur remake, The Hollywood Reporter has confirmed. The deal has not yet been finalized and could still fall apart. Filming is set to begin in Europe next year with director Timur Bekmambetov at the helm. Morgan Freeman had been previously announced to co-star in the film as Ildarin, who teaches Ben-Hur how to race chariots.  John Ridley did a rewrite on Keith Clarke's script. Ridley, Clarke, Jason F. Brown and Roma Downey are executive producers.