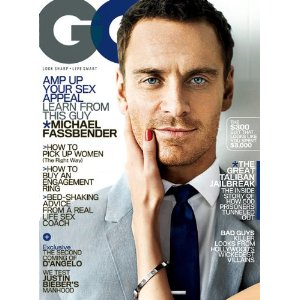 Michael Fassbender continues to become the envy of hollywood alpha males by joining what can be described as his third movie franchise, a first amongst hollywood action stars. As many recall he recently became the face of opposition in the flashback to the movie series x-men in the role of "Magneto". Well it has just been announced that he will play the lead in the film adaptation of the extremely successful game franchise "Assassins Creed". Mr. Fassbender who really broke through with american audiences via his his role in the cult classic "Inglorious Basterds" has been on a string of featured leads since. The game franchise which has already sold 38 million copies, Michael will assume the role of enzo the protagonist and hero in the game series. As a gamer how do you feel about this casting?
Michael Fassbender joins yet another franchise will star in "Assassins Creed" film adaptation