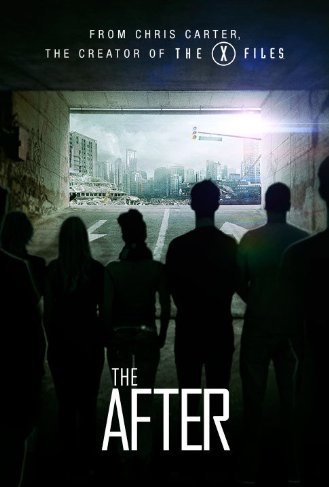 People love apocalyptic and Sci-fi, that can easily be noted on the message boards for many cancelled shows that simply lost steam on major networks. Amazon seems to have realized this by investing in "The after' a quasi sci-fi dark drama which just made it's debut this past week via Amazon's very popular Prime Video. The premise for "The After" is a mysterious group of people who are complete strangers being stuck in the middle of unexplainable events. Good start, lots of room to go with it. The one thing I came to admire about this first episode was that they gave you just enough information to wet your appetite but not enough to lose you. I was a fan of shows like Jericho and the event but they gave away information either in drips or in large waves, it was never satisfactory or it was too much. Shows of this nature require enough answers while posing new ones, it's a challenge to the viewer. A show of this nature should always leave you thinking just enough to keep you coming back for more. A perfect example of this was the mega hit "Lost". One answer always led to another question and another one but they tied in and were spaced properly. Hopefully Amazon's creative freedom will allow it's writers to go with something other than sitcom formula. The cast is full of people who you may recognize from this or that but nobody who truly stands out so much you can't remove them from whatever role they've played before. That's one of the main reasons why this show has potential to really kick some serious butt and win Amazon a trove of Sci-Fi fanatics. The story can go anywhere and actors like Aldis Hodge and Adrien Pasdar will pepper up the show and stand out amongst their lesser known fellow actors. If you haven't seen the trailer yet, make sure you do.

"The After" Pilot Sneak Peek