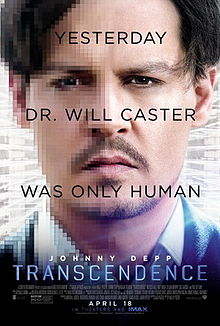 For the second week in a row, the top spot is going to be a toss-up between Captain America: The Winter Soldier and Rio 2. Meanwhile, Johnny Depp's Transcendence got off to a horrible start on Good Friday, and is now on pace for an opening weekend around $12 million.Captain America: The Winter Soldier took first place with an estimated $9.6 million. In its 15th day in theaters, it passed the lifetime gross of the first Captain America ($176.7 million). So far, it's earned $184.5 million, and could cross $200 million on Sunday.Rio 2 was a close second with $9.2 million, which is off from the first Rio's $10.7 million Good Friday gross. For the weekend, Rio 2 should wind up with at least $23 million.After putting up strong mid-week numbers, Heaven is for Real continued to attract large crowds on Good Friday. The faith-based true story added $7.9 million, which brings its three-day total to nearly $15 million. »