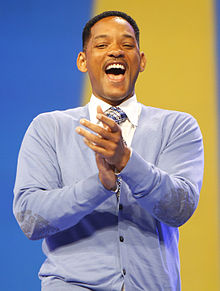 Will Smith is ready to tackle the NFL’s concussion problem as he is in talks to star in the untitled drama based on the GQ article “Game Brain” for Scott Free and Sony.

Peter Landesman (“Parkland”) is on board to write and direct.

Giannina Facio, Ridley Scott and Michael Schaefer will produce for Scott Free while David Wolthoff and Larry Shuman will produce for the Shuman Company. Scott and Facio have become very passionate about the issue and were very aggressive in landing a star for the pic and have done so with Smith’s attachment.

The article was written by Jeanne Marie Laskas and follows Dr. Bennet Omalu, played by Smith, the forensic neuropathologist who single-handedly made the first discovery of Cte in a professional football player and brought awareness to the public. Story is described as a whistle-blower tale in the vein of “The Insider” humanizing the »

Will Smith to Star In NFL Concussion Drama (Exclusive)